The three deaths of a Christian described in scripture 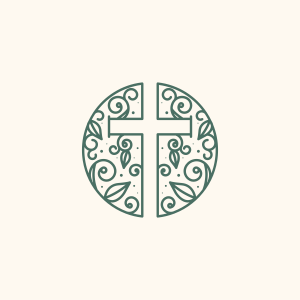 In our sermon last week we looked at Galatians 2:20, the description of the decisive death to our old person that has happened when we believed in Jesus and we were crucified with Christ.

I found this extended quote from John Stott helpful which talks about three different deaths that are a part of our Christian experience.

From John Stott, “The Cross of Christ”  (one of my favorite books, and well worth reading!)

“In fact, Paul writes in his letters of three different deaths and resurrections, which are part and parcel of our Christian experience. Much confusion arises when we fail to distinguish between them. The first (which we have already considered) is the death to sin and subsequent life to God, which happens to all Christians by virtue of our union with Christ in his death and resurrection. By it we share in the benefits both of Christ’s death (its forgiveness) and of his resurrection (its power). This is inherent in our conversion/baptism.

The second is the death to self, called variously taking up the cross, or denying, crucifying or mortifying ourselves. As a result, we live a life of fellowship with God. This death is not something which has happened to us, and which we are now told to ‘reckon’ or remember, but something which we must deliberately do ourselves, though by the power of the Spirit, putting our old nature to death. Indeed all Christians have done it, in the sense that it is an essential aspect of our original and continuing repentance, and we cannot be Christ’s disciples without it. But we have to maintain this attitude, that is, take up the cross daily.

The third kind of death and resurrection I mentioned in chapter 9. It is the carrying about in our bodies of the dying of Jesus, so that the life of Jesus may be revealed in our bodies (2 Cor. 4:9–10). Plainly the arena for this is our bodies. It refers to their infirmity, persecution and mortality. It is in this connection that Paul could say both ‘I die daily’ (1 Cor. 15:30–31) and ‘we face death all day long’ (Rom. 8:36). For it is a continuous physical frailty. But then the ‘resurrection’, the inward vitality or renewal from the life of Jesus within us, is continuous too (2 Cor. 4:16).

To sum up, the first death is legal; it is a death to sin by union with Christ in his death to sin (bearing its penalty), and the resultant resurrection with him leads to the new life of freedom which justified sinners enjoy. The second death is moral; it is a death to self as we put to death the old nature and its evil desires, and the resurrection which follows leads to a new life of righteousness in fellowship with God. The third death is physical; it is a death to safety, a ‘being given over to death for Jesus’ sake’, and the corresponding resurrection is Jesus’ strength which he makes perfect in our weakness. The legal death was a ‘death unto sin once and for all’, but the moral and physical deaths are daily – even continuous – experiences for the Christian disciple.”