A Concise Background to Ezra/Nehemiah 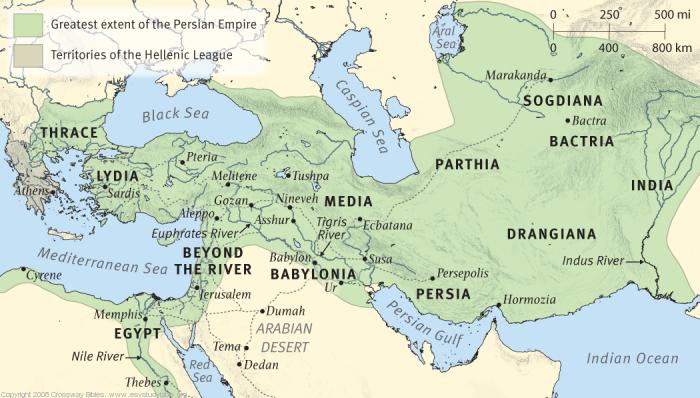 In the mid 1930’s, when my grandma was around eight years old, there was a fire at her farmhouse in central Illinois that burned the house to the ground. They had been renting the house, and the fire started in the chimney and it burned up everything they owned— her dad’s WWI uniform, all their possessions, all she had left was a single doll. That fire was such a life-shaping event for her, that even when she had demensia before she died, she remembered that fire.

The Israelites had a house fire moment in their history, when everything was lost. A moment that would shape them and their worship until the coming of Jesus: Jerusalem, it’s walls and the temple were all destroyed and burned to the ground. The people were taken captive and carried off into exile.

The books of Ezra and Nehemiah describe the cleanup process—they recount the story not of the house fire itself, but how God began to help them pick up the pieces from it. Ezra and Nehemiah is the last chapter of the Old Testament narrative — chronologically its the last we hear about the Israelites until the curtain rises on the New Testament.
You could summarize the the overall theme of Ezra and Nehemiah with three words, “Return, Rebuild, Renew” Ezra and Nehemiah are all about God returning his people to the land, the people rebuilding the temple in which to worship him, and being renewed through the Word of God and Prayer.

So in this way, I hope this summer as we go through these books we see how Ezra and Nehemiah help encourage God’s people to center our lives around his Word and be constantly renewed in our worship of him regardless of what external threats the church faces from political or world powers.

So as we begin Ezra and Nehemiah, let's first pull back and see the time period in which it is set and the world powers that are in a constant state of change.

Background and Context of the Book

To set the stage, let’s go back and start with King David.

David was king in Israel about 1000 BC— a thousand years before the birth of Christ. God promised to David that he would establish his throne forever. But after David and his son, Solomon ruled, the Israelites descended into chaos, much like the time before they had a king. There was civil war, and the kingdom was split in two.

For about the length of time that United States has been a country, there was civil war and strife between the northern and southern kingdoms of Israel. The Northern Kingdom was conquered by the Assyrian empire and the people there were scattered. The southern kingdom held on, but still had bad leadership in her kings who followed after the false gods of the nations around them.

And as the southern kingdom is hanging on, Assyria, who conquered the North, is locked in a power struggle with the new kid on the block, Babylon.

During the years that Assyria and Babylon were vying for power, God was speaking to his people in the Southern Kingdom of Judah through His prophets. The prophet’s message was, basically, “shape up or ship out!” Either turn from your sin, and following after the idols, and return to God, or you will be conquered and taken into exile.
The people didn’t repent. False prophets convinced them that they were safe and strong because they had the temple of the Lord and they were in the City of David, Jerusalem. They didn’t listen to the prophets.

God is going to send the Babylonians in to take them captive. But even in the message of judgment, God spoke grace through his prophet in Jeremiah 25 this captivity would last 70 years (Jeremiah 25:12).

This is where we connect to Ezra and Nehemiah, because another prophet, Isaiah, prophesies the name of the king that will enable them to come back to the land. Cyrus. Listen to Isaiah 44:28,

"I am the Lord...who says of Cyrus, ‘He is my shepherd, and he shall fulfill all my purpose’; saying of Jerusalem, ‘She shall be built,’ and of the temple, ‘Your foundation shall be laid."

Isaiah is speaking of Cyrus is the king of Persia— The Persian empire takes over when the Babylonians arrogantly thought they were above defeat, and King Cyrus of Persia essentially walks in and take over.

So if you are keeping score: The Israelites are in civil war, the northern kingdom gets conquered by Assyria, the Assyrians then get conquered by Babylon which destroys Jerusalem and carries off the people of God to exile in Babylon. After about 50 years, the Babylonian empire falls to the Persians. So the Persian empire goes from Eastern Europe and Turkey all the way to India in the east and Egypt in the south.

Now, you might think this is the end of the road for the Jews. That they will be forgotten and blend into Persian society. But in reality, if you had to get conquered by someone, the Persians weren’t all that bad. They were eager to show the people that “the government is for you.”(fn) According to Dale Ralph Davis, “The Persians...encouraged subject peoples to worship their own gods/goddesses, and, generally, they did not deport and relocate captive peoples.”(Davis)

The Persians let people worship their own gods, they didn’t rule with an iron fist, and most importantly to our story in Ezra Nehemiah, they returned captives to their native lands. Which is where the story of Ezra begins in Ezra 1.